How Is Halal Candy Different From Other Candies

We all enjoy chewing on Candies because of their flavourful taste. However, the candies must be halal for Muslims to consume them.

Since the beginning of Islam, halal sweets, or sweets in general, have been a part of Muslim culture. The rapid spread of Islam resulted in a mash-up of different cultures interacting and producing some of the world's tastiest delights.

This article will discuss everything you need to know about Halal candies and how they are different from non-halal candies.

Halal candy refers to any candy that is permissible to eat according to Islamic principles. This relates to the candies that do not fall into the non-Halal or Haram category (forbidden).

Except for certain foods and beverages that are clearly forbidden in the Quran, all foods and drinks are Halal in Islam. Muslims worldwide consider the Quran to be the book of perfect guidance and bearing for humanity and God's final revelation.

Even though some specific teachings differ, the general opinion is that Halal candies must be free of pork, alcohol/intoxicants, harmful components, and unsanitary elements. Any meat used in the candy must be slaughtered according to the Zabihah techniques outlined in Islamic law.

If the candies are made using meat that is not slaughtered according to the Zabihah method, it is regarded as the Haram candy.

What Does Halal Mean?

Halal is an Arabic word that means "allowed." It signifies lawful according to Islamic principles in the Islamic language. It is most commonly associated with eating; however, it can relate to any behaviour that is allowed in Islam.

At the time of slaughter, animals must be healthy and alive, and all blood must be drained from the body. During the process, a Muslim will say a dedication, known as tasmiya or shahada.

Haram, also known as non-Halal, is the polar opposite of Halal. This refers to something that is forbidden according to Islamic principles. Although it is frequently associated with food, it can also allude to other illegal behaviours in Islam, such as stealing, corruption, etc.

Do Sweets And Candy Have Halal And Haram?

Certainly yes! There are halal sweet and haram candies.

Gelatine is used in the making of sweets as a binding agent to solidify and achieve a specific texture. Animal bones, skins, eyes, cartilage, and ligaments are used to make gelatine.

The majority of edible gelatine worldwide comes from pigs and hence finds its way into candies. For Muslims, this is a dilemma because the Quran explicitly forbids the intake of pork.

On the other hand, many candies like those available at Candy Express Online are made using vegetable gelatin or beef gelatin from cows slaughtered under Islamic Shariah laws and are considered to be Halal.

What Makes A Candy "Halal"?

Halal candies are just as tasty and enjoyable as non-halal candies. Several famous brands make flavourful halal candies, and unless you carefully examine the ingredient list, you will not know that you just ate halal sweets.

Why Do Sweets And Candy Need To Be Halal?

Candies and sweets need to be Halal to comply with the Quran and Islamic law. The manufacturers of Halal candy make sure that the animals used to make them died humanely and according to the laws stated in the Quran.

Halal candies comply with the following rules of the Quran:

How Can You Find Halal Sweets Or Candy?

It can be challenging to find Halal candy since many sweets have gelatine in them, and gelatin has traditionally been made with pork and pork by-products. If you're not sure whether the candy is Halal or not, the best thing to do is call the producer and ask them about the ingredients in their products.

The religious world is becoming more diverse, and the Islamic religion is spreading in all places worldwide. As a result, sweet manufacturers and online retailers like Candy Express have escalated their production and sales delivery of halal sweets and candy.

Until recently, many Muslim children had never been able to taste gummy bears or gummy worms because they are almost never Halal. But now, the religious needs and respect for Islam have very much come into the thoughts of candy makers and retailers more than ever. So much so that many have started to change the recipes of their popular product to meet this increasing demand.

For example, global and American brands like Haribo and Bebeto now use beef gelatin and some fruit juice and no pork gelatin. They do not use alcohol-based colourings and flavours since Muslims consuming alcohol is Haram too.

Why Choose Candy Express Online For Your Halal Candy?

If you're a Muslim that follows Halal and Haram rules and has an insatiable sweet tooth, it is often very difficult to find a wide assortment of good-quality sweets and candy that are Halal.

But here at Candy Express Online, all our halal confectionery and candy enjoy 100% Halal certification, meaning you can relish them in the comfort of your own home, fully knowing that you are not compromising on either taste or faith. 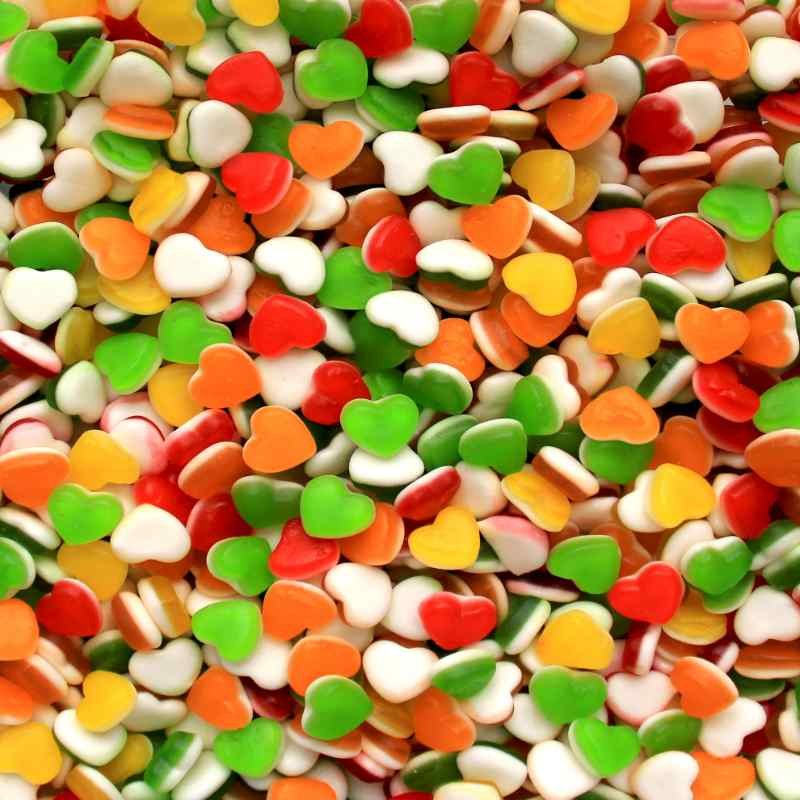 Candy Express is one of the few companies globally with a massive range of high-quality, nicely packaged Halal candies and sweets with the added benefit that they are all 100% halal certified and suitable for Muslim consumers.

Candy Express Online is a one-stop service that will serve all Muslims the very best variety and tasting halal sweets, including Pick & Mix, the widest assortment of Gummies in the region, Marshmallows, Lollipops, Licorice, and so much more, directly to your door.

Visit www.candyexpress.online to learn more about our vast assortment of 100% Halal certified sweets and candy - you'll be in for a "real treat."