Why Are Gummy Bears So Popular?

As Haribo celebrates 100 years of the gold bear, we thought we'd take a look at what makes gummy bears so popular. Since their creation in 1922, the original and legendary Haribo gummy bears have charmed both children and adults. Gummy bear treats, in all of their varied colour, form, and flavour glory, have been a favourite for decades, and for a variety of delightful reasons. We chose the top reasons why both children and adults enjoy gummy bears.

They are portable, making them the ideal snacking choice. Fill up your children's pockets with gummy candy for the playground, the movies, or even the classroom; they fit neatly in your pocket. Of course, we're not referring to the 26-pound biggest gummy bear in the world; rather, we're talking about conventional gummy bear candies.

Gummy bear candies now come in an improved form called Filled Gummies. Each gummy bear has chewy skin and a wonderfully tangy liquid watermelon interior, all of which is topped with a fine layer of sour sugar. They are available in blueberry, cherry, and green apple flavours. According to Kimmerle, Goelitz already produced jelly beans, a fruity candy derived from pectin and starch, but "wanted to replicate fruit-flavoured gummy bears.

Gummy bears had a Disney Cartoon

There aren't many candies that can claim to be well-known on television. Sure, there are plenty of advertisements for different candies, and of course, they feature in television shows, but a show specifically about a candy? That is quite unusual. Disney made the decision to profit from the acceptance of gummy bears in American culture.

The characters of "The Adventures of the Gummi Bears", which premiered in 1985, were a family of cute, colourful bears. The last family of bears lurked beneath a mediaeval human kingdom in the narrative of the Gummi race, which was exterminated due to humans. The villainous antagonist Duke attempts to steal the Gummiberry Juice that maintains the bouncing gummy bears bouncing while the young child who discovered them wants to keep their secret safe.

Who would have thought you could create a whole TV program that was focused on a gummy sweet? However, it was so well received by the audience that the show ran for six seasons.

In the 1930s, the elder Hans Riegel established a custom whereby kids could visit his workshop with acorns and chestnuts in exchange for candy. The event is now hosted at the Haribo headquarters in Bonn in late October or early November, and the nuts gathered are fed to animals in wildlife sanctuaries. 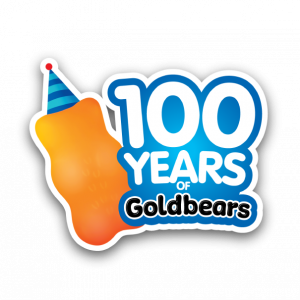 Never play with your food, Mom used to say, but it would be so much fun! Gummy bears are an excellent example of a delightful snack that can be used to educate children on the fundamentals of chemistry.

A simple and enjoyable experiment for kids under the age of 12 is the spectacular expanding gummy bear. Although the experiment will continue for at least 48 hours, setup will take less than an hour.

Gummy bears are produced with gelatin, which keeps the bears from dissolving, in contrast to most sugary candy, which dissolves in water. Children can learn about osmosis by performing the gummy bear experiment. When water flows from a higher water concentration to a lower concentration of water, like the gummy bear, it will expand. Try it out for yourself!

Technically speaking, gummy bears rarely contain any fat, and gelatin does include some protein. However, it is difficult to argue that regular gummies, with their frequently high sugar content, are in any way healthy.

However, scientists have made some progress in favour of gummy lovers everywhere. Consider chewy vitamins as an example. Many vitamin companies, including One A Day, Vitafusion, and Nature Made, create gummy worms for their dietary supplements to make vitamins more enjoyable to consume. And currently, some scientists are examining the results of xylitol, a cavity-prevention substance, being added to the candy.

The largest gummy bear in history was an 81-pound, 3-ounce bear that was two feet tall and two feet wide, according to the Guinness Book of World Records. The sugary behemoth was made in 2011 by a Sunday school class and a restaurant in San Antonio, Texas.

Eating gummy bears brings up so many memories. One of the cutest candies available, it's difficult for many people to recall enjoying them as kids. What if, though, gummy bears could be given a serious upgrade to creating an adult version?

Popular actor Johnny Depp displayed his sweet tooth by bringing gummy bears into the courtroom during the hearing on Thursday in his ongoing defamation case against his ex-wife Amber Heard. On both Wednesday and Thursday, Depp was captured with a bunch of multicoloured gummy bears on the table in front of him.

With a basic macaron recipe and a little imagination, you can create the impression that a jelly-like substance is steering a flying saucer by embedding a gummy bear on top of one. It undoubtedly works for any science fiction event as well.

A colourful and savoury gummy candy revolution was sparked by the creation of many different gummy animals and shapes when the gummy worm, one of the most well-known gummy figures, first appeared back in the 1980s.

Candy enthusiasts can explore a world of fascinating and distinctive gummy characters, and a themed party sounds like the ideal setting to do so.

So add some fun gummies to your next party to make it sweeter. No matter their age, your friends will like sweet treats because they appeal to the child in all of us. Therefore, surprise them with some delicious and colourful gummy candies. In fact, you might be shocked by how many of your friends have an insatiable sugar taste!

Other than the constraints for vegetarians, of course, it could seem that everyone can enjoy eating gummy bears. However, it turns out that they aren't unless they were produced in a specific factory.

Muslims frequently adhere to the rule of only consuming Halal foods or foods that are approved by their religion. There are several gelatin-containing items that are not regarded as Halal since gelatin is produced using pig and cow tissue, skin, and bones. Candy Express has seen this need and modified its practices to meet Halal needs.

Finding a large variety of high-quality sweets and candy that are Halal is frequently very tough if you're a Muslim who observes Halal and Haram laws and has an insatiable sweet appetite.

But at Candy Express Online, we have 100% Halal certification for all of our confections and candies, so you may enjoy them in the privacy of your own home with the assurance that neither your taste nor your religious beliefs are being compromised.

Craving for those delicious gummies? Visit Candy Express' website to browse their selection of delectable candy. There are simply too many of them! Additionally, Candy Express can satisfy all of your candy needs by providing delectable goodies for both children and adults at affordable pricing.

There is something for everyone, whether you're wanting to place bulk orders for candies to gift at your upcoming party or simply want to satisfy your sweet tooth. Visit the Candy Express Online website by clicking here to purchase your favourite candy!